Take a trip back in time in our restored vintage airplanes!
Enjoy panoramic views of the world famous Wine Country!
The majesty of the Pacific coastline! San Francisco skyline and the Golden Gate!

Saturdays and Sundays, Walk-In – No appointment needed or taken
Thursday and Friday by appointment (April through October)
Closed Monday-Tuesday-Wednesday

All our biplanes have the FAA approved front seat modification to 32″ across that allows up to 2 medium-large people in the front cockpit. Very, very cozy! The chocks are away, you can hear that huge radial engine roar, and you are rolling down
the runway to live the sights, sounds and smells of a once-in-a-lifetime aviation experience.

Chris is president of Vintage Aircraft Company and owner of Sonoma Valley Airport. He has been licensed for 30 years with a commercial pilot certificate, instrument rated, and has more than 12,000 hours of flight time and is a licensed Airframe & Powerplant mechanic. He discovered Sonoma Valley Airport and his love of classic aircraft at the age of 13. When 17, Chirs started Aerobatic demonstrations at West Coast Airshows in his Bellanca Super Decathlon and his vintage Boeing Stearman. Chris has built replica WWI aircraft used in film work, and by private collectors and museums, and has restored WWII B-25s and Beech 18s for the US Navy and US Air Force Museum projects. In 1981 he began offering scenic and aerobatic rides in historic military training aircraft (Boeing Stearman PT-17 Kaydets and North American Texan SNJ-4)

Having flown over 75 different aircraft models during his 30 year flying history, Chris still finds the open-cockpit Stearman his most exhilarating flight experience. He recently finished restoring a WWII Curtiss P-40 from a fuselage recovered in New Guinea. Chris is well known and widely respected in the world of vintage aircraft. He remains passionate about flying and his restoring of Golden Age aircraft from the 1920s and 1930s and the fighter aircraft of the Second World War.

Tom started flying at the age of 13 while washing and fueling airplanes at the local airport for flight time in lieu of cash. He never left. Now a pilot for 37 years, Tom has a commercial pilot certificate and more than 2,000 hours of flight time, most in antique airplanes. “Hanging out at the airport,” which he admits he lives for, has given Tom opportunities to fly more than 60 makes and models of aircraft. He says each has a unique personality. Tom’s “day job” as a Principal Engineer for Bay Area Rapid Transit District keeps his engineering skills honed for his other passion — restoring antique aircraft. He has restored several, and showing them all over the U.S., has received several prestigious awards for his efforts.

Tom has been flying for Vintage Aircraft Company for many years and delights in the joy of sharing the vintage flight experience — evidenced by his broad smile every time a big Vintage Aircraft radial engine starts to rumble. 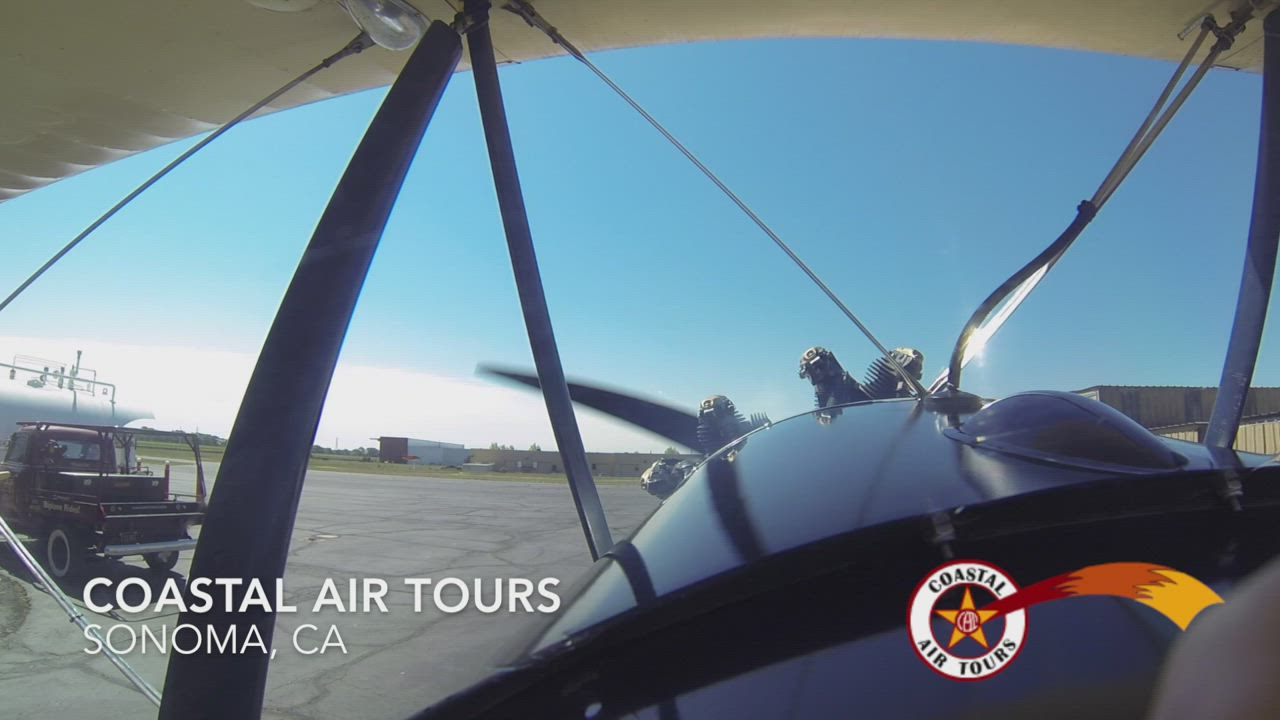 The aircraft you will be riding in is a beautifully restored 1926 Travelair biplane which seats two adult passengers plus Read more...
Hot Air Balloon Rides
Favorite Sonoma has often been deemed “The Real Wine Country” and rightfully so because Sonoma Valley is actually the birthplace of Read more...
View all